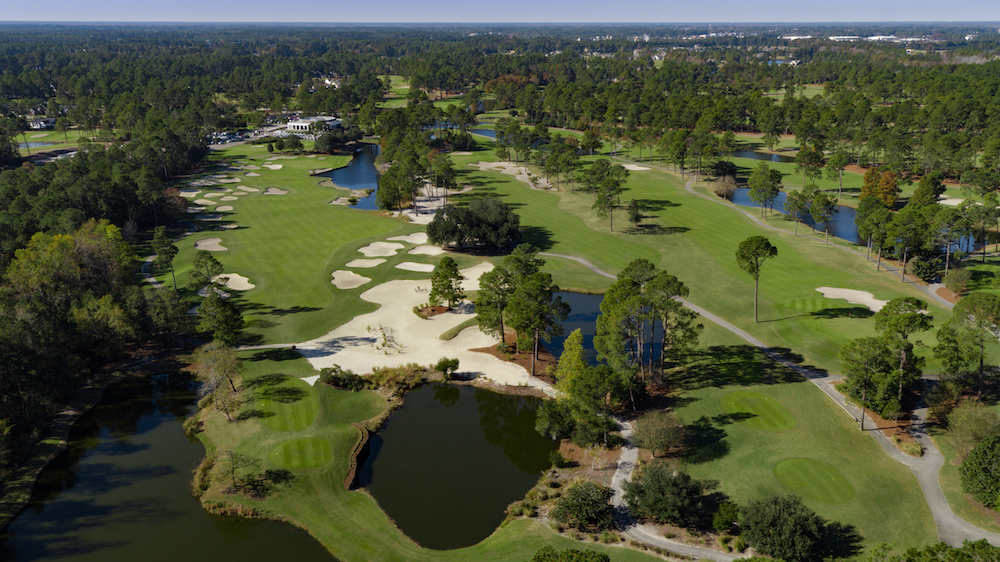 As one of three championship courses at Myrtle Beach National Golf Club, King’s North remains a “must play” for visitors and locals alike, year after year. It originally opened in 1973 in the midst of Mr. Palmer’s hall of fame career, and by the mid-90s King’s North had undergone a full restoration, propelling it to national acclaim among America’s “Top 100 Greatest Public Courses” in 2004 by Golf Digest.

The design is simply unforgettable, featuring a combination of parkland-feel holes seamlessly integrated with picture-perfect par 3s, dogleg par 4s and risk-reward par 5s – the most notable being King’s North’s famous par-five No. 6, aptly named “The Gambler.” Here is where players must choose to either play safely out to the right or hit to the island fairway for a chance to reach this par five in two, albeit with considerable risk as a watery demise awaits an errant approach.

Water, bunkering, mature trees and a plethora of Mother Nature’s finest offerings defines this 18-hole experience that extends to more than 7,000 yards from the tips. The par-three 12th remains one of the most notable par 3s in the Palmetto State, as its signature “SC” bunkers form an indelible memory of playing it.

King’s North’s finishing 18th hole features 40 bunkers from tee to green, offering stunning visuals and unparalleled challenge to close out your round.

King’s North at Myrtle Beach National is an iconic tribute to Arnold Palmer’s playing and design career, with memorabilia and historic photographs on full display throughout the clubhouse. And with year-round pristine course conditions, there’s no wonder Arnie’s Army continues to grow here in Myrtle Beach. Be sure to explore our tee time options at this great course for your next visit!