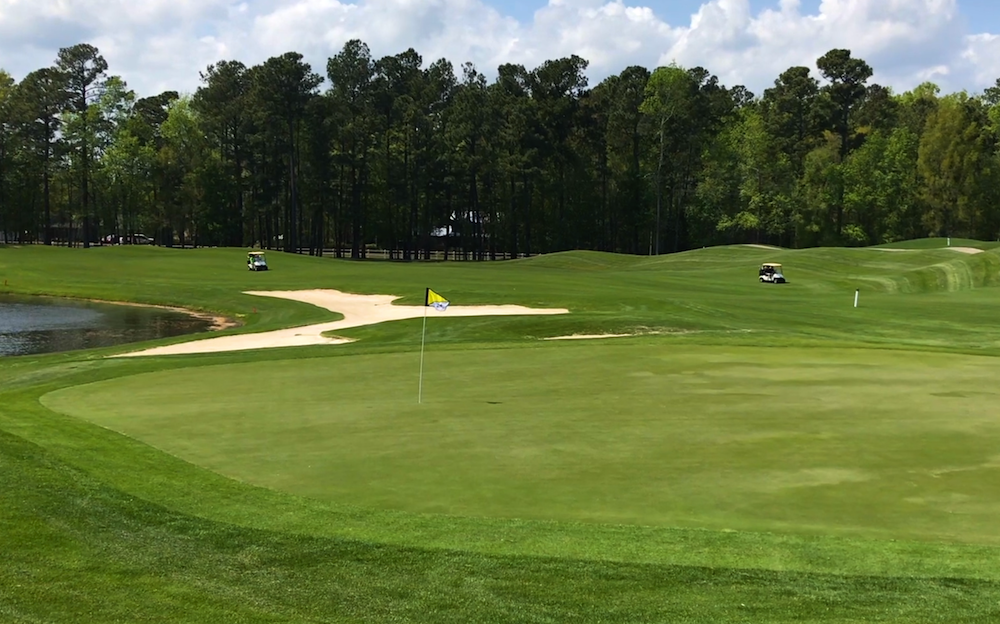 Scenic views of the Intracoastal Waterway and impeccable Bermuda grass fairways are just a sampling of things to be expected from a round at Arrowhead.

The Cypress nine naturally winds through forests and wetlands that often come into play. The sequence of Holes No. 2, 3, and 4, featuring bulkhead protected greens and rolling fairways, has been described as one of the most beautiful trios of holes in the nation. And its beauty is only equaled by the quality of the course itself.

Appropriately named, the Lakes course challenges golfers with water coming into play on almost every single hole. But generous fairways and multiple birdie opportunities are just as abundant. Like the Cypress nine, the Lakes features pristine fairways and impeccably maintained undulating greens.

The Waterway layout at Arrowhead is one of the most memorable nine-hole stretches in the area. This classic design also incorporates wide fairways, large greens and, of course, water. Considered to be Arrowhead’s signature hole is the 5th Hole on Waterway, a par 4 that runs parallel to the Intracoastal Waterway.

Regardless of what nine you play, Arrowhead is sure to deliver. The course has been named “South Carolina’s Golf Course of the Year” in addition to being named “The Best of the Grand Strand” in 2012.

To play Arrowhead Country Club and other outstanding courses in the area, check out some of our unbeatable golf packages by clicking here or calling 877.705.2295 today!