Hole spotlight: No. 9 on Thistle’s Stewart side 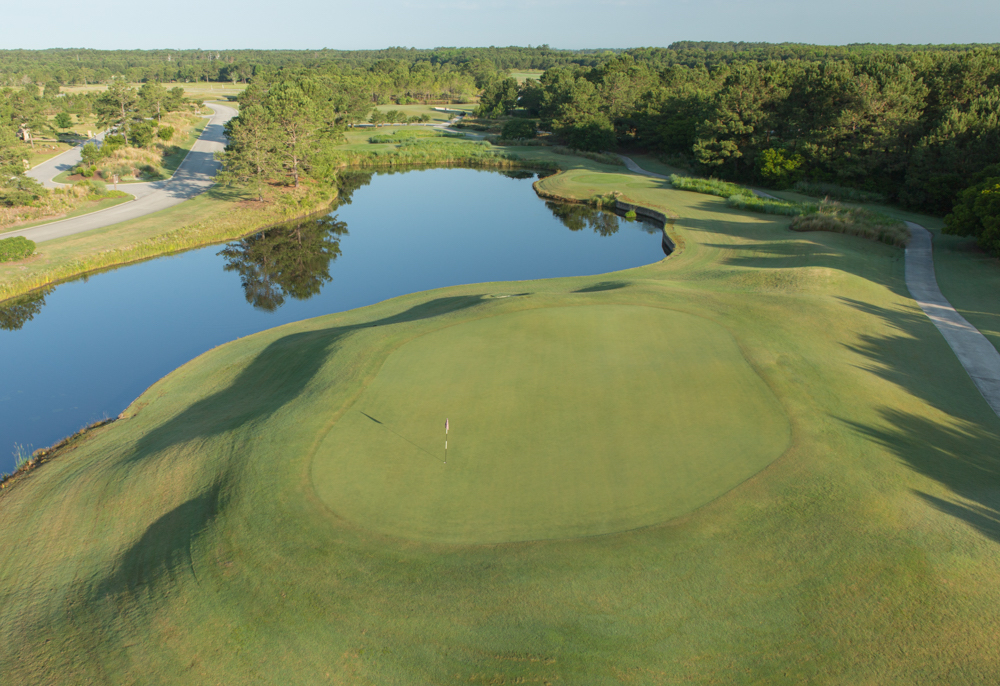 Located in Sunset Beach, N.C., just a short drive north from the hustle and bustle of central Myrtle Beach, Thistle Golf Club’s three nines (Stewart, Mackay and Cameron) were all designed by Tim Cate. Each nine is quintessentially Scottish, with design features like wide-open fairways, large undulating greens and hazard areas of thistle and thorn, but in a unique Lowcountry setting that makes the club a true must-play on your springtime golf vacation with MyrtleBeachGolf.net.

One hole, in particular, embodies what Thistle is all about: No. 9 on the Stewart side. The hole is a pulse-pounding par 3, and if it is your finishing hole of the day, it’s definitely one that will keep your attention until the final putt drops. Two strategically placed bunkers front a large, elevated green that is angled away from you. There is also a marshy water hazard which protects the green front, right and long. The wind is known to howl directly in your face, especially toward the end of the day as the springtime sun begins to fade. As for the green complex, it slopes and undulates as you’d imagine at a Scottish links-style course, making it difficult to read and hole putts from a distance.

With very few places to bail out, our recommendation is to take an extra club and aim for the center of the green. There’s a real chance you could catch the right slope and end up close to the pin, and at the very least, you’ll avoid the trouble of the bunkers and hazard. The plan sounds simple. But on a hole like this, three is a great score to finish off your round.

The par-3 9th on Thistle Golf Club’s Stewart side has everything you could ever want in a finishing hole: risk, reward, and a mental challenge standing on the tee – all with that beautiful Scottish-Lowcountry background Thistle is so known for. Be sure to play the hole this spring on your MyrtleBeachGolf.net vacation! 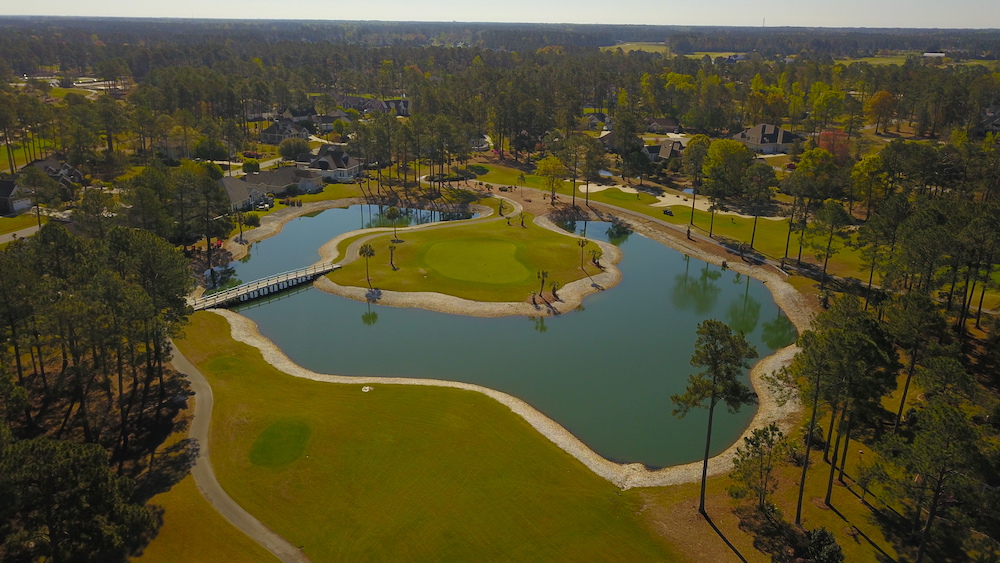 Golfers choose MyrtleBeachGolf.net to help them book stay & play packages at some of the Grand Strand’s best golf courses, including Brunswick Plantation, now a true star on the North Strand following a series of improvements made to the golf course and its amenities.

Brunswick Plantation is a 27-hole facility located just a short drive north of Myrtle Beach, near Calabash, N.C. Each of its three nines – each designed by Willard Byrd and Clyde Johnston, two legendary golf course architects on the Strand – has a completely different feel. The Azalea layout tests players off the tee with tough angles and the occasional forced carry, while still providing plenty of opportunities to score well when played from the correct set of tees. The Dogwood layout is more open, offering plenty of tempting opportunities to cut corners and shorten doglegs. Magnolia is more open as well and not overly long, making it the perfect nine for those looking to shoot a personal best.

As good as these layouts were before, Brunswick Plantation should be quite proud of the recent improvements it has made to its three nines. The course received a facelift a couple of years ago when a new ownership group took over. Improvements included the addition of 300 new trees, 2,000 azaleas and 3,000 ornamental grasses, as well as new bridges and three new sand bunkers. Meanwhile, several preexisting grass bunkers were reshaped.

In addition, upgrades in the clubhouse included re-carpeted/re-tiled flooring, fresh painting and enhancements in the pro shop, all making a wonderful impression on the Myrtle Beach golf community. See what one person who played after new ownership took over said on the course’s TripAdvisor page:

“One of the prettiest facilities I have ever played on. Phenomenal facility. Course was in amazing shape even with the rain and weather, pro shop well-organized and food at restaurant was VERY affordable and tasty!”

Come check out all the improvements at Brunswick Plantation on your next golf vacation with MyrtleBeachGolf.net!